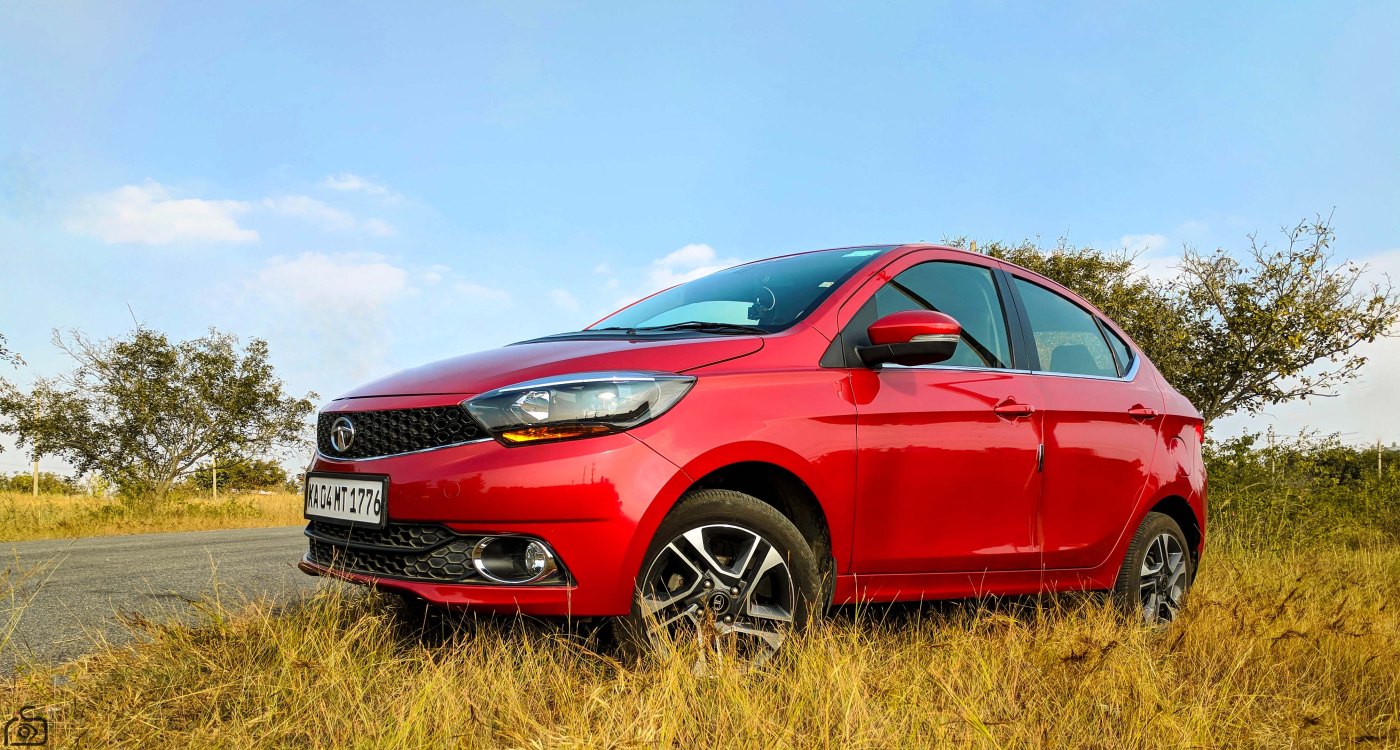 In the last year, the sub 4-metre sedan segment had been failing to make its mark. While many brands were missing something or the other in attracting enthusiasts, the new product by home grown car maker, TATA Motors has taken over the segment . With the launch of Tigor, TML has done a tremendous job in various fields of the product.

On the exteriors, Tigor has a young and peppy design; it blends sharp edges and soft curves well. Be it the front Hexagonal Grill forming the Humanity Line concept of TATA or the LED tail light and roof mounted series LED stop lamp. The best is the rear design of the car, which has a coupe-like style, hence referred to as StyleBack. Tigor gets a smoked projector low beam headlamp coupled with regualar high beam lights. The design language is completely new for a TATA brand product. It indeed is a head turner and a WoW creator on the roads! An added DRL (apart from TATA DRL Fog lamp accessory) would have been wonderful and road presence would have just been stronger. The new 4-link mechanism boot opening is a good change as against the goose neck mechanism, giving more ease of opening and efficient space usage. The wide opening makes the loading/unloading luggage easier.

On the interiors, we find thoughtfully designed dash console, useful storage spaces, well-crafted seats and upholstery. The touchscreen infotainment system by Harman is a marvel for the sub 4-metre sedan segment. Just like how it produces crystal clear sound, it integrates the mobile connect, navigation and reverse parking details perfectly. Though, it is not like other TATA vehicles which are very spacious, it offers decent comfort for all passengers and good luggage space. The arm rest coupled with cup holders and the reclined door-to-door rear seat accompanied with a comfortable taller headrest, provide users great comfort on long journeys. A provision of small lumbar support for the driver seat could have been much better.

With the 3 cylinder pot of 1.2l Revetron Petrol and 1.05l Revertorq Diesel, Tigor is decently powered for both City and Highway driving. It offers good maneuverability, sits stable on the ground and handles potholes and bumpy rides well. There is some lack of power in mid the range of 1000-1300 rpm, but post the 1500 mark, the car zooms past other vehicles. And again enters the flat zone between 3000 and 3500 rpm, before surging till its red zone of 6000rpm. Among the two, petrol one is more peppier for city driving. It would have been great if the power output would have been much better, as playing with gear shift frequently is not fun while driving. Coming to the mileage aspect, in the petrol variant, I have observed 14kmpl in city while it gives 19kmpl on highway (both in CITY mode, ECO mode will definitely push up the numbers a bit more).

On the comfort zone, top end variants offer Automatic Climate Control, Electronic Boot Release, Rear Parking Camera and so on. An AMT version launched recently, would be a fantastic package as you do not have more of footwork to be done. Talking about storage spaces, it has ample spaces around the cabin, be it for coffee cups, bottles, tablet phones or the chilled glove box. It has 2nos. of 12V charging sockets, one for front and one for rear. However, TATA Genuine Accessories provide a 12V dual USB 2A charging points, which can put the cigarette lighter sockets into better usage charging points. When it comes to Electronic Boot Release, the Follow Me Home light button acts as a release button when pressed for 4sec, thus not requiring you to use a key manually.

At a competitive price tag, Tigor offers a fully loaded bonanza. Saying so, Tigor is definitely one of the best cars in the sub 4-metre sedan segment in the current period.

The above review is based on my 12,500km of usage (3,000km on highways and remaining in Bengaluru city). 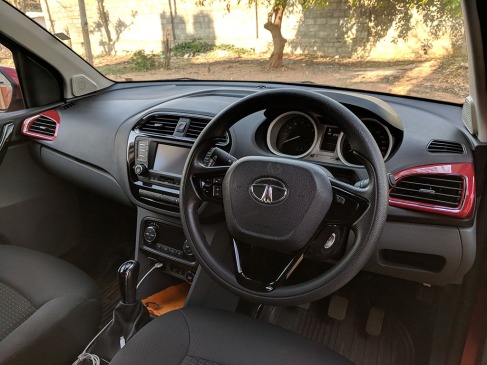